Upstream, the tobacco industry reaps benefit from cheap tobacco leaves with children working in tobacco growing, harvesting and processing in unhealthy conditions, receiving very low wages if they are paid at all. Downstream, the tobacco industry reaps profits from tobacco advertising targeting children and sales to minors to grow their market. These are the findings of the latest research by advocacy groups Emancipate Indonesia and Lentera Anak Indonesia.

Emancipate Indonesia researcher, Nadya Noor Azalia, found the types of work carried out by children in Lombok and Temanggung included growing and tending to young tobacco plants, applying fertilizer, harvesting tobacco leaves, curing leaves and collecting leaves that have been oven-baked. Children are also exposed to the harms of green tobacco sickness. After a day’s work, children, who are paid for their work, earn between Rp. 7,000 and Rp. 20,000 (US $0.49 – $1.40) depending on the number of cured tobacco leaves. These findings are similar to the earlier Human Rights Watch study in 2016 and National Commission for Child Protection study in 2013.

Transnational tobacco companies conduct their CSR white-washing activities on child labour although the harmful, exploitative conditions in tobacco farms continue. Their CSR activities on child labour is done through an international NGO, Elimination of Child Labour in Tobacco Growing (ECLT) Foundation which funds a local group, Partnership in Action Against Child Labour in Agriculture (PACCLA).

While tobacco companies boost their public image with charity on child labour, smoking prevalence among children (10-18 years) has increased from 7.2% in 2013 to 9.1% in 2018. This means about 3.3 million children in Indonesia smoke. Indonesia is the only country that has no national ban on outdoor tobacco advertising, and sponsorship of sports and entertainment, leaving children exposed and unprotected.

According to a survey on child smokers conducted by Nahla Jovial Nisa from Lentera Anak Foundation, almost 100% of respondents (99.4%) have seen tobacco advertisements. There is a link between their recall of cigarette advertisements and the cigarette brands they smoke. Children smoke cigarette brands of the companies (Figure 1) that are also benefiting from cheap tobacco leaves produced with child labour. 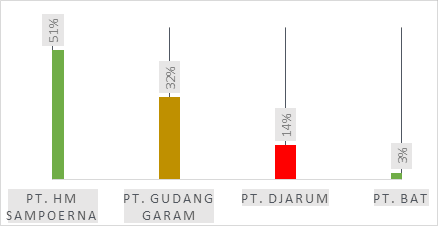 According to a Commissioner of the Indonesian Child Protection Commission for Civil Rights and Child Participation (KPAI), although children are covered by 2014 Law no. 35 on child protection, they are more vulnerable during the pandemic by working especially in harmful sectors. The government, society and parents are obliged to protect children from all actions that interfere with their health and development.

The tobacco industry should be penalized for benefiting from child labour in tobacco plantations, advertising to children and directly benefiting from cigarette sales to children. There is no sign of the seriousness from the tobacco industry to end child labor, and this can be seen from the absence of a clear plan and timeline to stop this problem.

While the UN sustainable development goals (SDG) made a commitment to eliminate child labor by 2025, this goal appears nowhere near to becoming a reality. Additionally, the UN Global Compact continues to list membership to the ECLT which is funded entirely by the tobacco industry. The UNGC has already de-listed tobacco companies from its membership.

What must be done to better protect children