The 26th International Conference on the Future of Asia organised by Nikkei Inc. proceeded on 20-21 May, minus the sponsorship of Philip Morris International (PMI). Following the decision from several leaders to withdraw from the conference because of the tobacco sponsorship, just days before the conference, on 17 May, PMI pulled out its sponsorship. The session in which PMI’s CEO, Jacek Olczak, was scheduled to speak was also cancelled.

PMI’s tactic to sponsor this conference would have enabled it to position itself on the same platform with Asia’s leaders and reap the benefits such a sponsorship brings – elevated profile and endorsement. However, the New Zealand Minister for Trade and Export Growth, Maldives Minister of Foreign Affairs and a representative from the World Bank requested to withdrew from the conference when they found out about the tobacco sponsorship.

SEATCA joined prominent international organisations in an open letter calling on the organisers to end PMI’s sponsorship. The organisers also heard directly from other concerned groups and leaders.

PMI continues to promote and sell cigarettes and sees Asia as its prize market. Asia’s large population represents a profit base to sell more tobacco products. The bulk of PMI’s profit comes from the 700 billion cigarettes it makes and sells globally. According to its website, its machines can produce up to 20,000 cigarettes every minute.

In the midst of the COVID-19 pandemic, while governments were burdened with treating the sick, PMI made a net revenue of US$7.59 billion in the first quarter of 2021, up from US$7.15 billion in the comparable 2020 quarter.

The heads of state who spoke at this Conference have committed to reducing tobacco use and to protecting their people from the harms caused by tobacco when their countries ratified the Who Framework Convention on Tobacco Control. Under the WHO FCTC, tobacco sponsorship such as that which PMI made with the conference organisers must be banned.

PMI has been exposed for providing misleading information about its product for decades and has not taken responsibility for the harm caused to its customers in Asia and around the world.

There are an estimated 500,000 deaths annually from tobacco use in the ASEAN region, which has about 125 million tobacco users.

In a Philip Morris executive’s own words:

“Today’s teenager is tomorrow’s potential regular customer, and the overwhelming majority of smokers first begin to smoke while still in their teens. The smoking patters of teenagers are particularly important to Philip Morris.”

PMI continues to target young people as documented in reports of how it recruits influencers to promote its products. In Indonesia, it was found to promote its cigarettes near schools by incentivising retailers.

SEATCA’s report, Today’s teens tomorrow’s customers, shows parallel strategies used by the tobacco industry to grow its cigarette business that are now being used to market and sell ENDS (such as e-cigarettes) and heated tobacco products (HTPs) in ASEAN, where youth exposures to and prevalence use of these products are already increasing.

PMI’s current business rhetoric about “transforming its business”, in reality is just about shifting consumers from one tobacco product to another. According to the World Health Organization all forms of tobacco use is harmful. 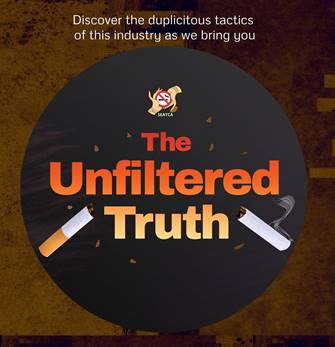