The tobacco industry continues to use the business platform to have access top level government officials. The US-ASEAN Business Council (US-ABC), of which PMI is the Secretary, met twice with the Prime Minister of Malaysia – when he visited New York recently for the UN General Assembly (27 September), and again in October during US-ABC’s annual business mission trip to Malaysia.

The roundtable meeting in Malaysia included PMI (see photo). The US-ABC facilitates an easy avenue for PMI to access top leadership of ASEAN countries to promote its business and public-private partnership opportunities. 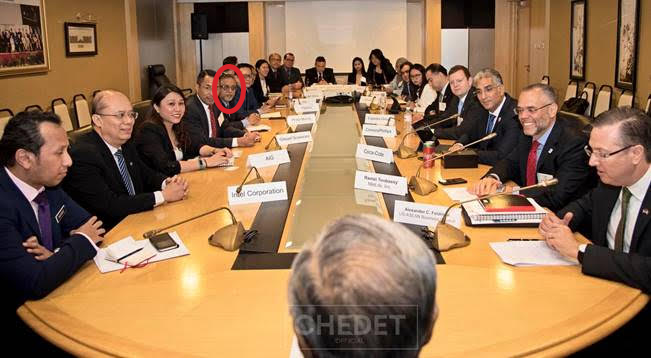 Source: This photo is from the Malaysian Prime Minister’s facebook – he gave publicity to this meeting:

In May this year, PMI was part of the US-ABC delegation for a meeting with the ASEAN  Director-Generals of Customs in Malaysia. In March, PMI participated in US-ABC meetings in Vietnam, Indonesia, and the Philippines.

The US-ABC executives are also scheduled today to meet with the Indonesian Committee members which includes PMI. These meetings facilitate opportunistic events with top level officials such as the President, Vice President and Minister of Finance.

It appears top leadership and the non-health sector of governments are unaware of WHO FCTC Article 5.3 and subsequent decisions related to curbing tobacco industry interference that the COP has been making.

At the most recent COP8, the Parties made the following decision, among others:

Recalling that tobacco industry interference remains one of the greatest obstacles to the implementation of the Convention and undermines tobacco-control efforts at the global, regional and country levels, particularly exacerbating the challenges faced by developing countries and countries with economies in transition;

(d) to further enhance policy coherence within governments and require that all government sectors relevant to the implementation of the Convention, not only the health sector, comply with the requirements of Article 5.3 of the WHO FCTC, …;

(f) to promote, in international and regional organizations in which they are represented, as well as well as among non-State actors, particularly those working on SDGs and NCDs, the adoption of policies to prevent tobacco industry interference, reflecting the spirit of Article 5.3 of the WHO FCTC;

Non-health departments such as Trade and Finance were represented in government delegations of the Philippines, Thailand and Vietnam to COP8. Participation in the COP would have stressed the importance of Article 5.3 to these non-health sectors. To facilitate a whole-of-government implementation of the WHO FCTC, COP8 decisions should be disseminated to all government departments to keep them updated.

According to SEATCA’s 2018 Tobacco Industry Interference Index, most countries are moving at a glacial pace in implementing Article 5.3. While some countries have made progress in reducing interference from the industry, others have remained stagnant or regressed. There still remains much room for improvement in Asia in the implementation of Article 5.3 and its guidelines.

In 2010, the Philippines Department of Health and the Civil Service Commission issued the Joint Memorandum Circular No. 1 of 2010 (JMC) on Article 5.3 Guidelines which serves to protect the bureaucracy against TI interference. This policy provides a code of conduct for all government officials in relation to the tobacco industry, which is broadly defined in the policy to include all those that represent the TI.