Asian governments are moving at a glacial pace to halt tobacco industry interference and implement WHO FCTC Article 5.3 (Figure 1). While some countries have made progress in reducing the interference, others have remained stagnant or regressed. This is the main finding of SEATCA’s Asian Tobacco Industry (TI) Interference Index. 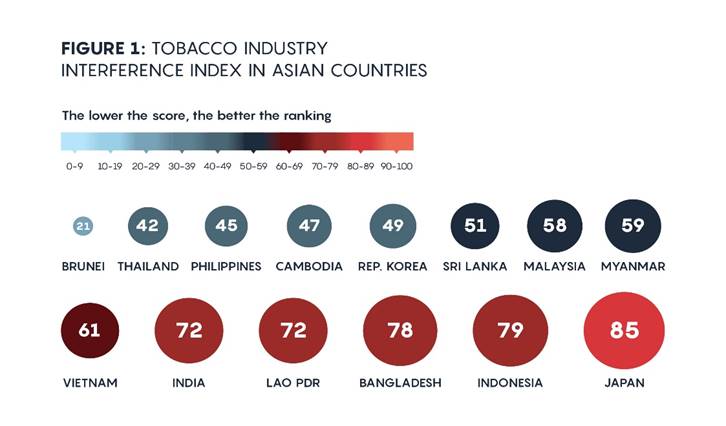 Governments must dramatically step-up their efforts to implement Article 5.3.