When the tobacco industry cannot derail a strong law, it pokes fun at it or mocks the government. When Thailand recently announced a smoking ban on its most popular beaches, the industry magazine, Tobacco Reporter, said, “Visitors to Thailand could find their holiday extended by one year with full board provided by the state if they are caught smoking on one of 20 beaches.” This is the second time these past few months Tobacco Report has issued an imprisonment “warning” on Thailand related to smoking ban scaring visitors about a “paid holiday”.

Other countries have also been ridiculed and criticised for taking stringent action on tobacco control. Below are a few examples of news briefs from Tobacco Reporter. Titles and illustration below are as they appear in Tobacco Reporter (TR). 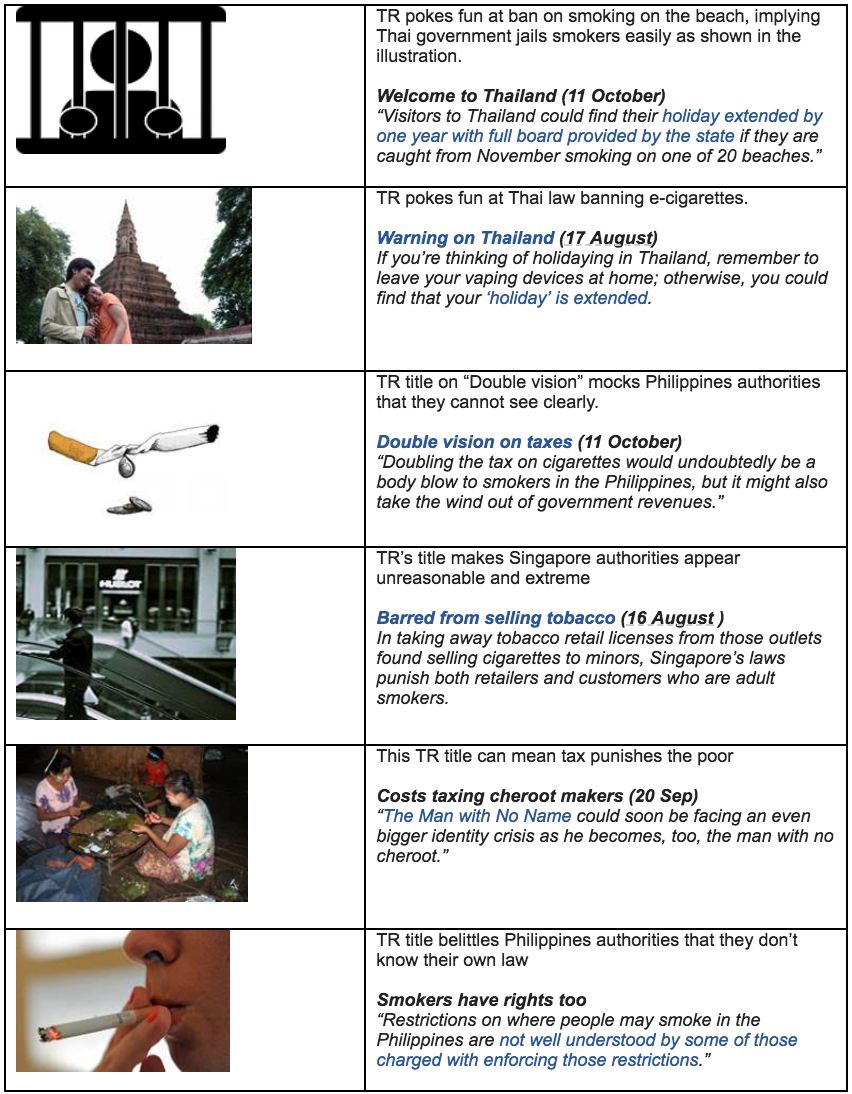 TR will continue this mischief in its reporting. TR can claim these are ‘tongue-in-cheek’ titles, illustrations and blurbs; however repeatedly mocking of authorities on their stringent tobacco control efforts and laws only serves to say these are extreme. Such attacks helps the industry’s in-country actions to roll back tobacco control.