Revelations from the recent Reuters investigative report on Philip Morris International (PMI) confirm the tobacco control community is on the right track. In a 2014 powerpoint presentation, a PMI corporate affairs executive outlines the issues the industry is facing and a strategy to undermine tobacco control efforts, advocates and organisations, including SEATCA.

PMI refers to SEATCA as a “major ATO (anti-tobacco organisation) in Asia” and the company says, “We’re still building ASEAN-wide counterweights to SEATCA.”

World renowned international tobacco control advocates from Asia and Australia are on PMI’s list of targeted individuals (below). 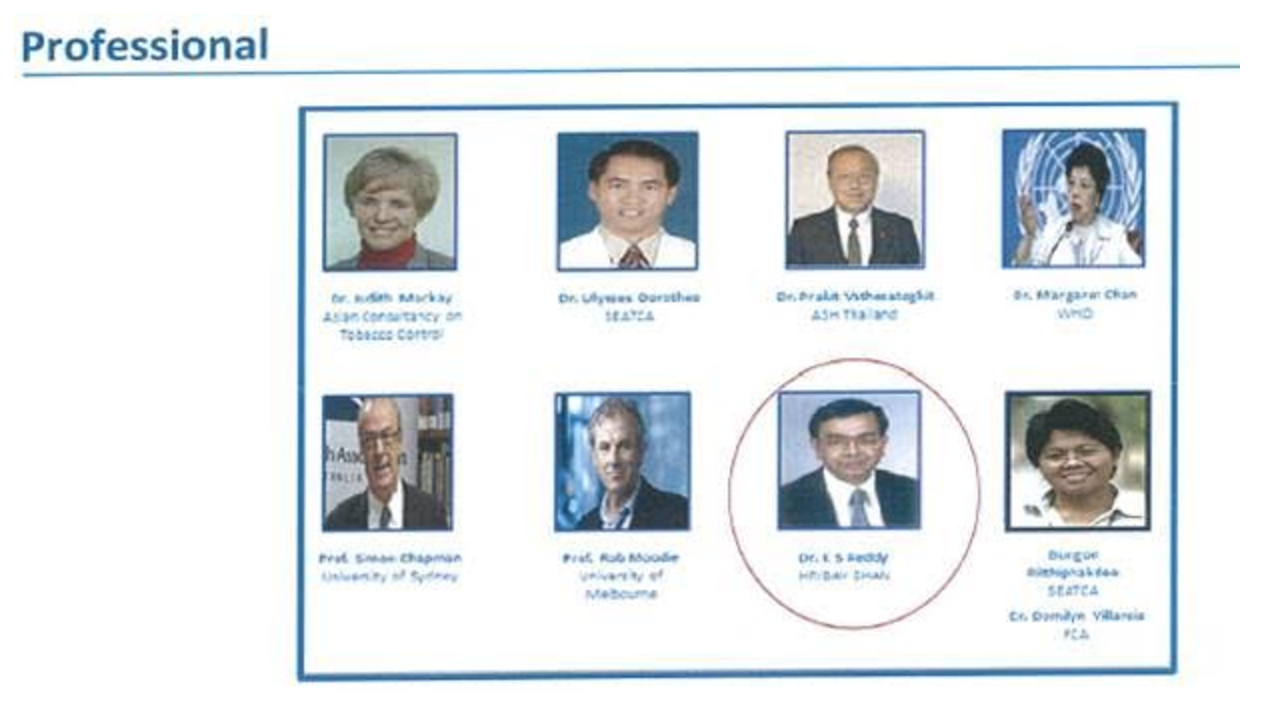 Wearing this listing as a badge of honour are SEATCA’s Bungon Ritthiphakdee
(Executive Director), Ulysses Dorotheo (FCTC Manager) and Domilyn Villarreiz
(Smoke-free Programme Manager). They join highly decorated tobacco control experts
Prof. Judith Mackay, Prof. Prakit Vathesatogkit and Prof. Emeritus Simon Chapman. It is no surprise PMI is hitting out at Dr. Margaret Chan, former DG of WHO, who has been a big critique of the tobacco industry describing them as “wolves in sheep’s clothing”. Public health specialists, Prof. Rob Moodie from Melbourne and Prof. Sri Nath Reddy from New Delhi, complete this list.

Some of the stand-out revelations from PMI include:

The FCTC exists because of the tobacco industry and its lethal product. PMI’s claim that the Convention is “a regulatory runaway train” driven by “anti-tobacco extremists” is ridiculous as the FCTC is a convention ratified by 180 governments who are the actual decision makers of its implementation.

SEATCA’s critique and expose of the International Tax and Investment Center (ITIC)’s flawed reports on illicit tobacco trade, funded by PMI, gets a mention.

According to PMI, the ATOs were conducting “Attacks on our fiscal arguments and allies”. Last year, an ITIC’s consultant challenged SEATCA and our critique of the ITIC’s flawed report. While the ITIC claimed to be independent, this revelation from PMI indicates otherwise.

To counter tobacco control advocates, PMI has a tactical move to build the capacity of its corporate affairs division, to establish a global project team to track, respond and challenge advocates. At the country level, its team must “report unusual behaviour” of tobacco control organisations. 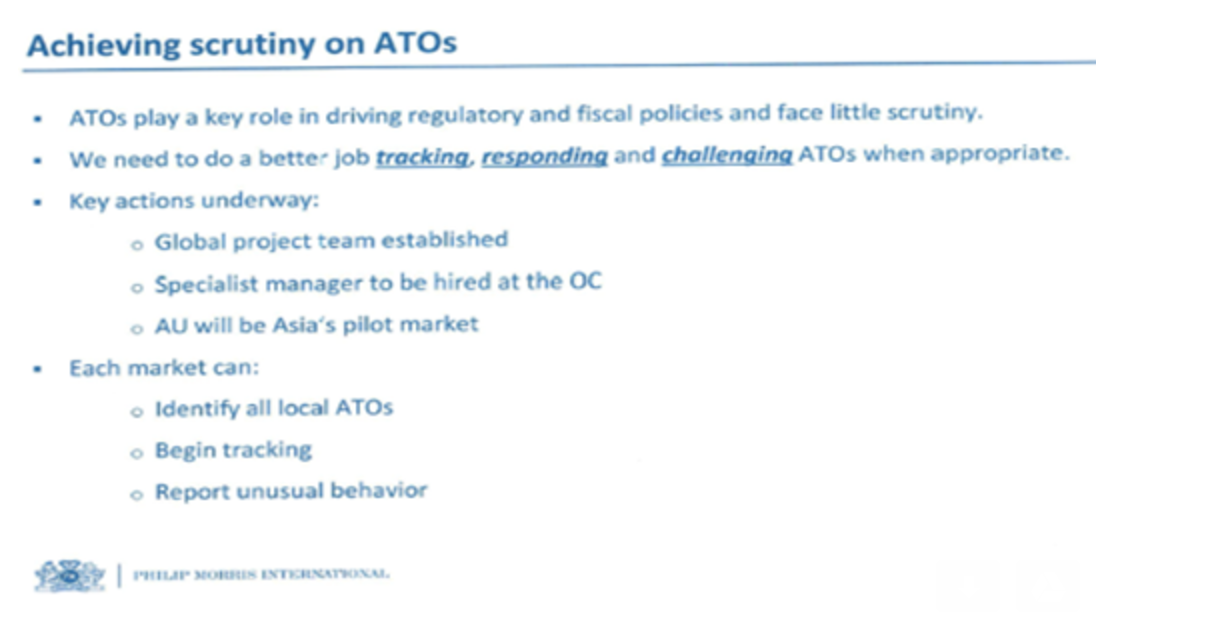 PMI has also identified the skills its corporate affairs team should have – strategic thinking, communications skills, passion and drive, political instincts, risk taking and stamina. With these skills, PMI wants to, “Play the political game, shape public opinion, build an alliance of credible messengers, have best experts on its side and convey the right messages.” 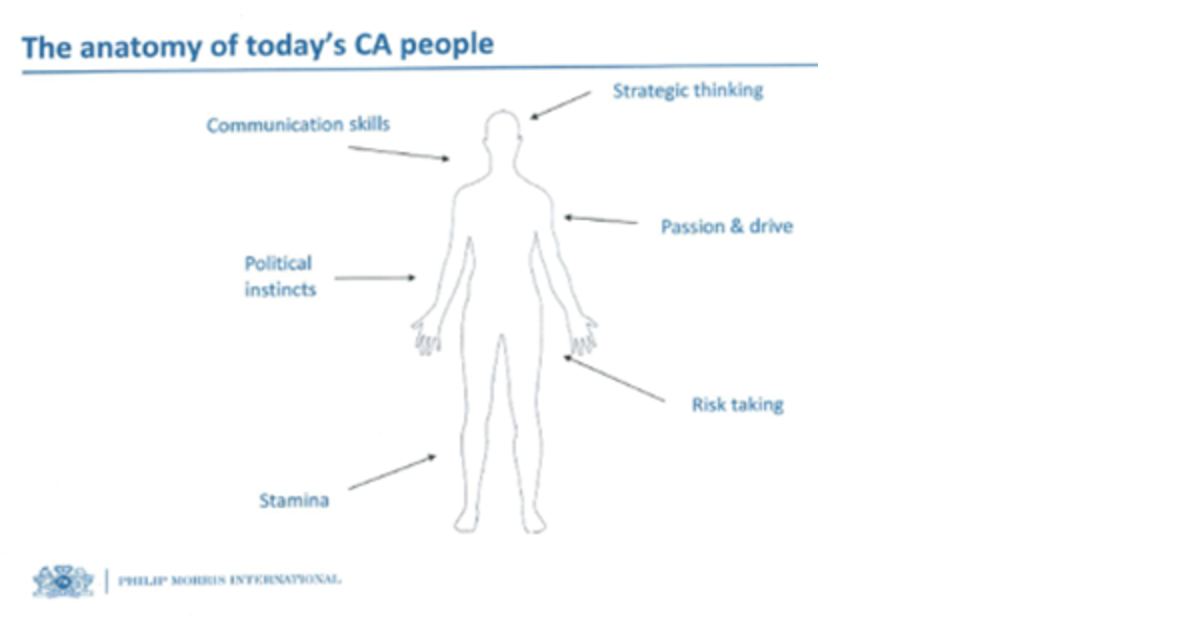 Tobacco control advocacy is on the right track to de-normalise this predatory industry.