Defying evidence and world trend, Indonesia remains the only Asian country that still allows tobacco advertising. With the ban on radio and television advertising now pending in Parliament, the tobacco industry is predictably fighting it.

A global research agency, Millward Brown, has identified the top 10 consumer brands in Indonesia – five of the ten brands are tobacco (Table 1). It’s a real shame that an addictive, harmful product responsible for more than 200,000 deaths a year in Indonesia, is among the most advertised in the country. 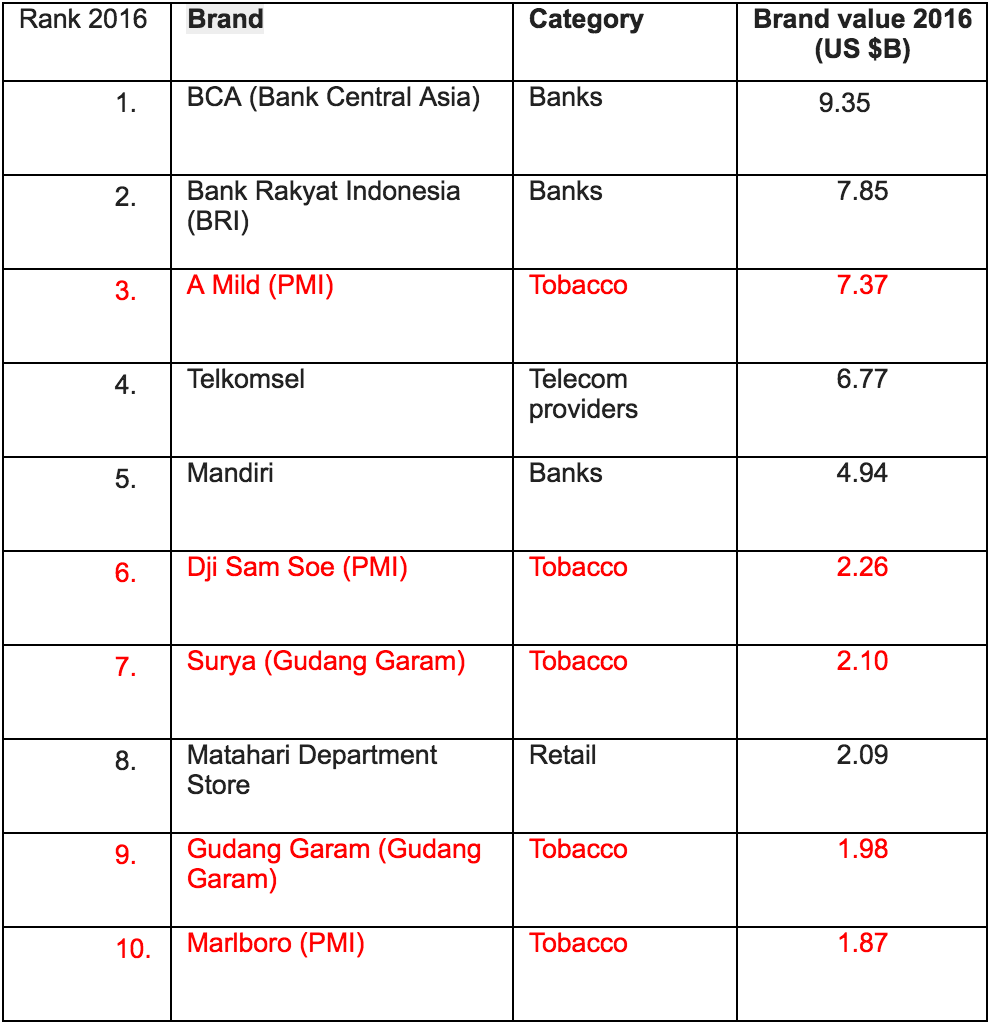 According to advertisers, “Marketing and brand building are not a cost center or a luxury; they’re one of the most important investments a company can make.”

To distract legislators, tobacco companies take a public stance they don’t advertise to children. Philip Morris International has claimed, “Indonesia is an example of a country where we have strongly advocated for such regulatory change.” In reality the tobacco industry has been fighting the ad ban at all levels in Indonesia.

Philip Morris perpetuates an unenforceable “right to advertise to adult smokers and not to children”. However evidence on the ground shows advertising of tobacco brands, including Philip Morris’, target minors and are found in places where children gather, such as schools.

In 2015, Philip Morris painted an entire village along Kali Code River in Jogjakarta in the colors of one of its tobacco brands as part of its “Show Your Colors” marketing campaign. Is this how Philip Morris demonstrates its advocacy for regulatory change? This month, health advocates, local artists and Kali Code village residents are repainting their village with an alternate “Show Your True Colors” initiative.

Indonesia’s policy makers should stop listening to the tobacco industry’s lies and do the right thing – ban tobacco advertising. Save the children and catch up with the rest of the world.