BAT downsizes in Malaysia but expands in Vietnam 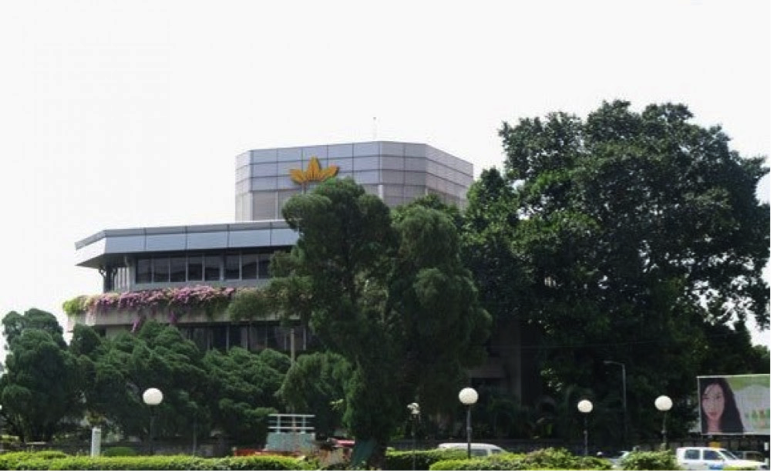 On 17 March, British American Tobacco (BAT) Malaysia announced it is shutting down its cigarette manufacturing factory in Petaling Jaya. Although BAT blamed excise tax increases and plans for plain packaging of tobacco for this decision in Malaysia, in reality it is just a strategic business decision to become more competitive.

Publicly, BAT is flogging the ‘tobacco control horse’ for its restructuring exercise in order to apply pressure on the Malaysian government. Strategically BAT’s business decision was already in the making. It still has more than 700 workers in Malaysia and access to about 80,000 retail outlets to keep smokers addicted and continue recruiting new smokers.

BAT has already started putting in place its expansion plans in Vietnam. It has started the construction of a new joint-venture (VINA-BAT) of US$7.3 million plant with state owned VINATABA in the southern province of Kien Giang. This factory will aim to export 50 per cent of the cigarettes, 750 million sticks, produced in its first five years.

All in all, the 125 million smokers in the ASEAN region, which has a young growing population, remains attractive and lucrative to Big Tobacco. Governments should put in place the most stringent tobacco control measures (plain packaging, high excise taxes, TI-CSR ban) and not be threatened, persuaded or coerced by the tobacco industry’s myths, tactics and arm twisting. 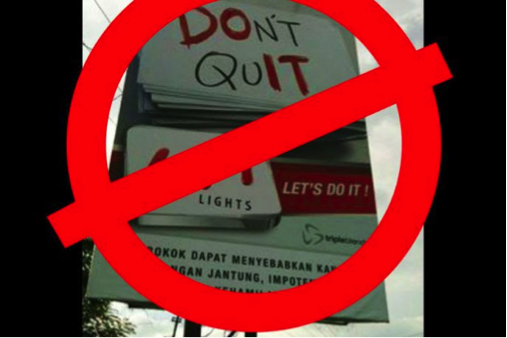 The Jakarta Legislative Council (DPRD) plans to pass a bylaw that will ban outdoor tobacco advertisements and display of cigarette packs at retailers. This is part of a new law that will also implement no-smoking zones in public places to protect non-smokers from the harmful effects of cigarette smoke.

According to a news report, the council handed the draft bylaw to the city administration in a plenary meeting on March 11. The City Council’s Legislative Body, Balegda reports, “Once it takes effect, stores will sell cigarettes by only displaying a sign which says, ‘Cigarettes are available here’.”

The Balegda stated that Jakarta’s locally generated revenue from taxes on cigarette adverts amounted to only around Rp 14 billion (US$1.07 million) per year. This was much less than the administration’s expenditure on medical treatment for tobacco-related health problems.

The draft bylaw is the latest measure undertaken by the Jakarta administration to curb cigarette smoking and exposure to tobacco smoke in the city. With the signing of the Gubernatorial Decree (Pergub) No.244/2015 on advertising guidelines last year, advertising restrictions in Jakarta are getting tighter, with indoor cigarette advertising now also prohibited.

Earlier, Pergub No.1/2015 introduced a ban on outdoor cigarette and tobacco product advertising on Jan.13, 2015. With this regulation, Jakarta’s Public Order Agency started to remove all cigarette billboards from roadsides in areas across the city. It is hoped that Jakarta will be free from outdoor and indoor cigarette adverts before the end of this year.

Has the International Tax and Investment Center (ITIC) been talking to your government? What recommendations has it been proposing? The FCTC Convention Secretariat (FCS) has issued a Note Verbale warning Parties about the ITIC and its activities, and to reject the tobacco industry’s interference in addressing tobacco smuggling problem.

The FCS has warned governments that the ITIC, which has 4 transnational tobacco companies on its Board, has been working to further the interest of the tobacco industry. The ITIC has been organising regional and global meetings where the meetings feature discussions on tobacco taxation and promote tax policies favouring the industry rather than the recommendations of the FCTC especially Article 6 and its Guidelines.

The ITIC will be holding its next annual Asia-Pacific Tax Forum in Jakarta, on 23-25 May 2016. It has routinely invited government officials, especially from customs departments, to attend its meetings.

Smuggling of tobacco is a problem faced by many countries in the region. Big Tobacco (PMI, BAT, JTI and IB [Imperial Brands]) has blamed substantial excise tax increases and high tobacco taxes as the problem. Additionally, the industry promotes its own ‘Codentify’ system to solve the smuggling problem.

The FCS’s Note Verbale advises governments not to accept ‘Çodentify’ to address the illicit trade in tobacco products. The Note Verbale reminds Parties to “reject partnerships and non-binding or non-enforceable agreements with the tobacco industry”. In addition, Article 8.12 of the Protocol on Elimination of Illicit Trade in Tobacco Products, explicitly states that a Party’s obligations shall not be performed by, or delegated to, the tobacco industry. An expert paper, The Tobacco Industry and the Illicit Trade in Tobacco Products provides further information on the tobacco industry’s behaviour in addressing tobacco smuggling.