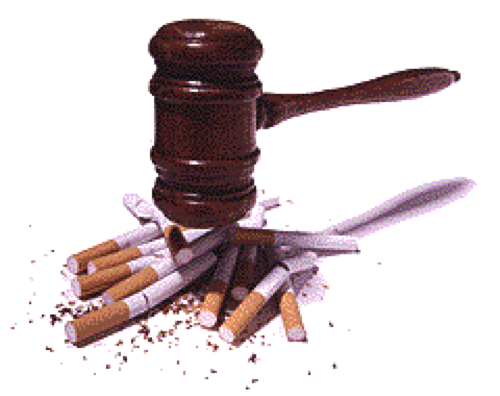 There are many chapters in the Trans-Pacific Partnership Agreement that can be used by harmful industries like the tobacco industry to thwart public health measures. In a Scientific Workshop on the Impact of the TPPA on Environment and Health, SEATCA Senior Policy Advisor, Dr Mary Assunta cautioned Vietnam on how the tobacco industry can exploit or misuse at least seven chapters to undermine tobacco control.

Some chapters that remain vulnerable include the Chapter 2 on Market Access that will remove all import duties and make cigarettes cheap, and Chapter 25 on Regulatory Coherence which subjects future tobacco control measures to be discussed with the tobacco industry first. See here. These run contrary to the WHO FCTC.

Under Chapter 29.5 there is some relief in that the tobacco industry cannot use the Investor State Dispute Settlement (ISDS) mechanism to sue tobacco control measures. However this provision is optional and the country would have to take steps to explicitly activate it. More here.

In another trade related matter, Uruguay won the six-year legal challenge brought against it by Philip Morris International (PMI). SEATCA issued a congratulatory press statement highlighting the importance of this win to tobacco control in developing countries.

To protect public health, the Uruguayan government passed legislation requiring tobacco companies to apply 80% pictorial health warning on cigarette packs and limit the sales of cigarettes to only one variant per brand to prevent misleading descriptors such as “light” and “mild”. These measures are in line with the global health treaty, the WHO Framework Convention on Tobacco Control (FCTC).

“This win for Uruguay is an important precedent and inspiration especially for other low- and middle-income countries all over the world. Countries in Southeast Asia that are planning to push for bigger pictorial health warnings (PHW) and standardized tobacco packaging like Thailand, Malaysia, and Singapore should not be intimidated by Big Tobacco. They should be emboldened by Uruguay’s victory and proceed with their plans,” said Ms. Bungon Ritthiphakdee, Executive Director of SEATCA.

BAT has invested $50m to build its factory on the outskirts of Yangon to begin producing its London brand of cigarettes. Males smoking prevalence peaked to 48.6% in 2003, the year BAT left Myanmar, before climbing to 46.8% when the firm returned in 2013 and increasing sharply to 60.3% last year. Similarly, the surveys showed female smoking rates were at 13.7% in 2003, but this had increased to 18% in 2015.

Big Tobacco is using a variety of tactics to promote cigarettes. They distribute cigarette branded complimentary napkins, ashtrays and lighters at teashops. Cigarette kiosks often display promotion posters and some companies, such as JTI distribute free cigarettes at major religious festivals – although such practices are banned. Read news report here.

Tobacco industry in Cambodia are required to completely print 55% graphic health warning with text warning in Khmer language on cigarette packs before the end of July 2016 but most cigarette packs still lack graphic pictures. 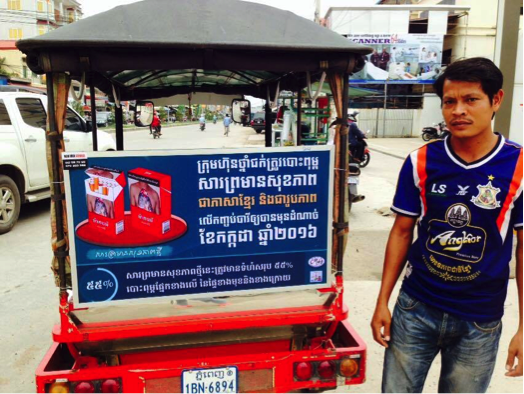 Those who will violate the regulation will be fined:

– 2 million KHR (500 usd) per offense for the wholesalers

Sub-Decree on Printing of Health Warning in Khmer Language and Pictorial on Tobacco Product Packages can be accessed through SEATCA website: www.seatca.org

Tobacco companies had nine months from the signing of the sub-decree in October 2015 to prepare the new packaging and that is more than sufficient time for all cigarette packs to carry the warnings. Read news report here.