The tobacco industry gives big publicity to its CSR activities, but it is a big fuss about very little. Very little indeed, if you see TI’s CSR handouts in the context of how much the industry actually earns in profits.

In 2015, the top four transnational tobacco companies (PMI, BAT, JTI, IT) collectively earned more than USD 20 Billion in profits (Table 1). The companies spend pittance on CSR activities in comparison to their profits and their CEOs’ pay.

In 2015, PMI handed out USD 8.6 million to CSR projects in six countries in the ASEAN region. However this pales in comparison to PMI CEO’s pay which is about double that amount, at USD 16.3 million. Similarly, the CEO’s of the other tobacco companies are also paid obscene amounts of money. Obscene, because the money comes from selling a highly addictive product.

What the CEOs are paid 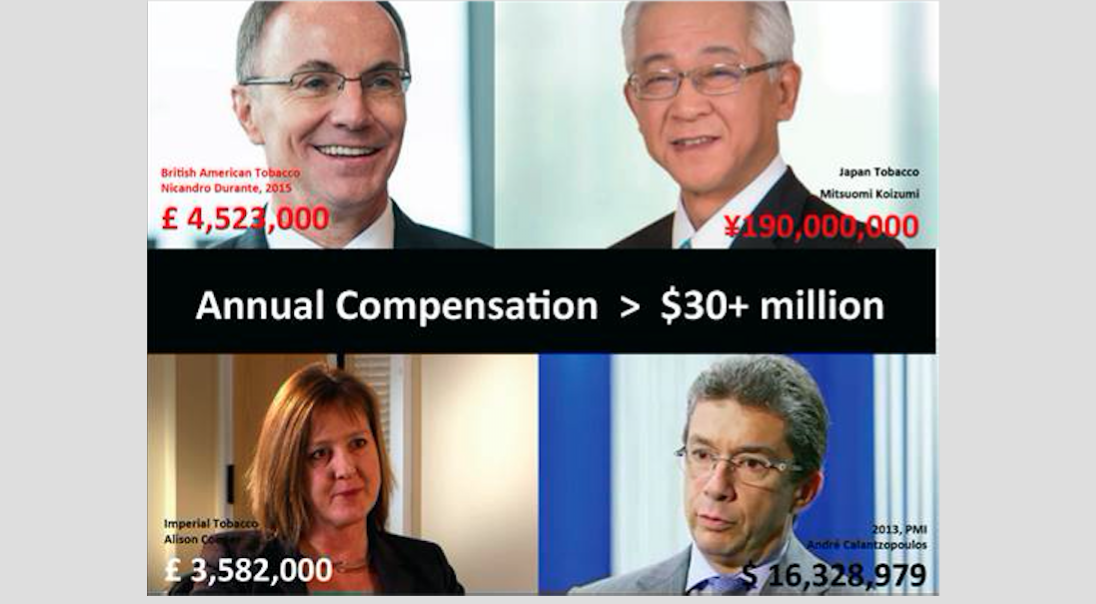 The industry targets sectors such as education, (through building of schools and offering scholarships to children), disaster management programmes (helping victims of Haiyan and floods), and grants to developmental groups who work with the poor. It puts the beneficiaries in a vulnerable position.