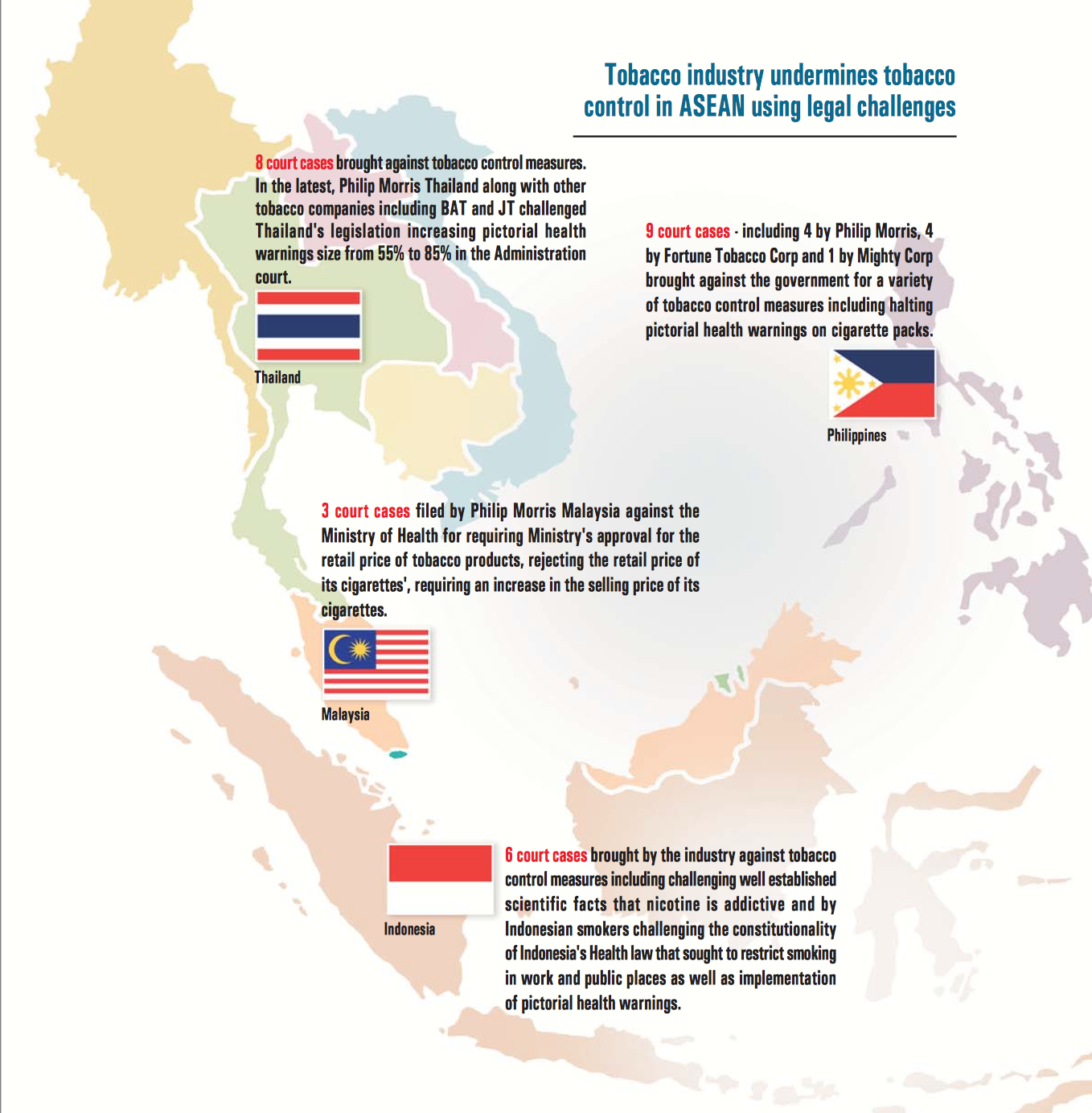 While ASEAN governments may hesitate to file suits against the tobacco industry, the industry on the other hand commonly uses threats of court action to protect its profits. However, such threats are seldom executed because a good relationship with the government is important.

Then in 2005, PM (Thailand), British American Tobacco (Thailand), JTI, and the state-owned Thailand Tobacco Monopoly threatened to sue the Thai Health Ministry for banning cigarette displays at points-of-sale.10 The industry argued that the ban beginning 24 September 2005 would deprive them of their right to display their products. It also argued that concealing the packs would make it difficult for the industry to check the authenticity of its products and for the tax authorities to verify tax collection.

The industry proposed to limit display space to one pack per brand and enforce existing rules that include tough penalties for retailers who sell cigarettes to minors. The industry’s proposals were rejected and the ban was implemented. When CP Seven-Eleven convenience store chain did not comply, Thailand’s leading lawyers prepared to file a lawsuit against the retail stores. Seven-Eleven backed down. This incident also documented how the industry instigated retailers such as Seven-Eleven to flout the law.

Usually the industry issues a threat (as in Thailand) and then utilises public relations to get the desired results. To date the industry in the Philippines is perhaps the boldest in the Southeast Asian region to actually take the government to court. In 2007, for example, PTI challenged the IACT in court regarding the definition in RA9211 of outdoor advertising at points-of-sale.

In 2008, a Quezon City councilor who allegedly owns a bar that has PM advertising, submitted a pro-industry amendment to the Outdoor Advertising Ban City Ordinance that has the effect of allowing outdoor tobacco ads practically in every place where cigarettes are sold.