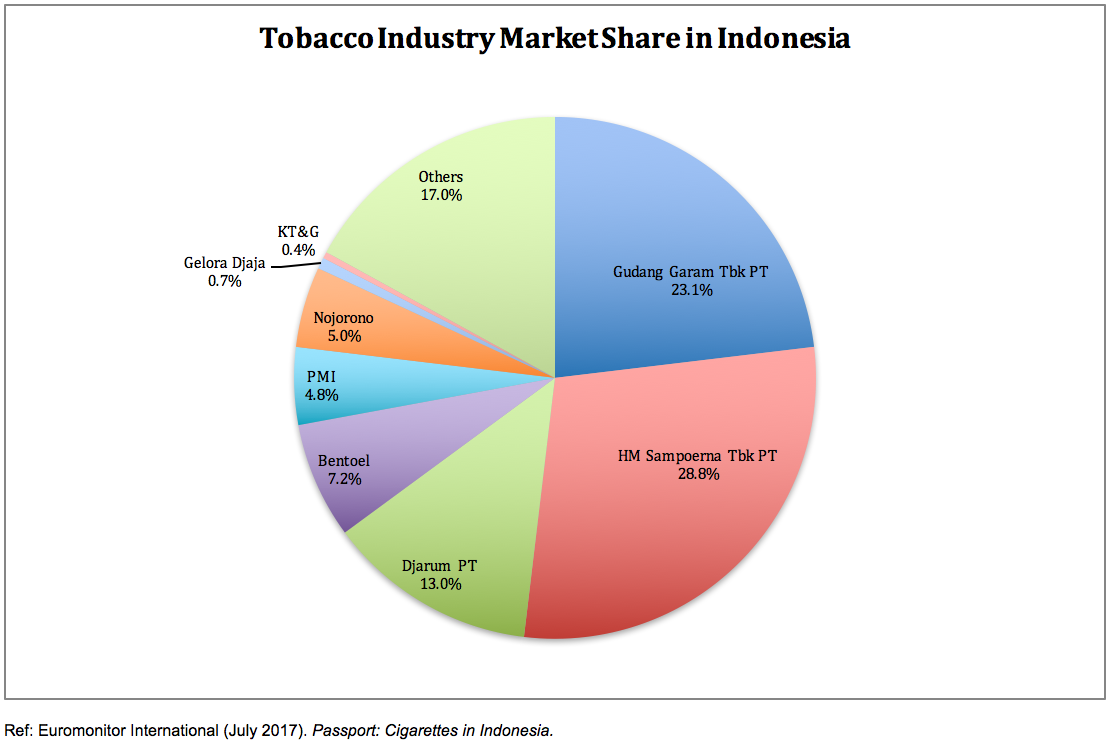 PT. Djarum is one of Indonesia’s top three producers of kretek cigarettes, the dominant form of cigarettes sold in a country. Indonesia ranks among the top ten countries with the highest number of smokers.

British American Tobacco (BAT) has acquired Bentoel Group (Indonesia’s fourth largest tobacco company) since 2010. The company has about 8% market shares in the country.

Nojorono Tobacco International manufactures cigarettes under Minak Djinggo, Matra, Mikki, and Niko brands. The company was founded in 1932 and is based in Kudus, Indonesia.